The Shape of Data

Distribution - the pattern of values in the data, showing their frequency of occurrence relative to each other.

Histogram is useful to show distribution of data

We can group distributions according to the number of modes they have: 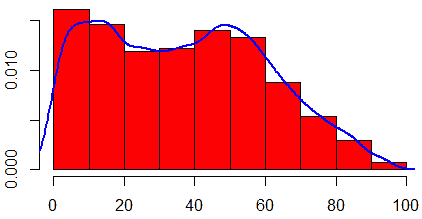 There are many distributions: