A paradigm for Observation Studies

The relationships between the explanatory variable and the outcome 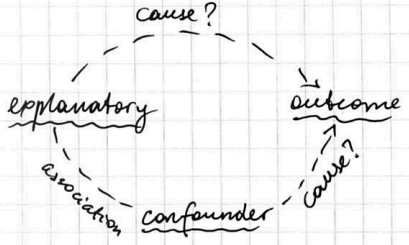 Lurking variables are variables that are not considered in the analysis, but may affect the nature of the relationship between the explanatory variable and the outcome

E.g. smokers are less likely to die after 75+ years. This is not true when we consider it within age groups.

A lurking variable can be